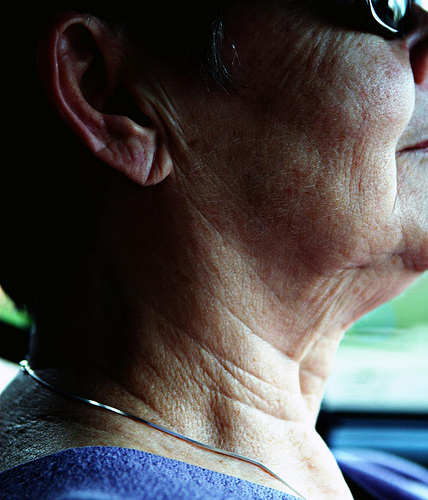 My mother stayed for more than 40 years in a marriage that broke her heart.  She admits now that she was afraid.

She married in the late fifties, when women couldn’t even have a bank account in their name.  She was a teacher and worked to put my father through college.  In the first year of their marriage, in a rage my father put her head through the wall.  He promised to never do it again.  And to my knowledge he kept that promise.  But  that was the beginning of being manipulated.  He threatened and he yelled.

The man could rage.

The smallest thing would set him off.

I never wanted to be like my mother, because all those years, I thought she was weak.  Weak for staying.

Or so I thought, for many years, until I became a mother.  And when that happened I began over time to see that she did it all for us.

My mother is strong.  She stayed for us.  She was the buffer all those years between us and my father’s angry raging.  She took it more than we did. (And we took it a lot.)

And in later years as the weight of it became more than she could bear, she began to find comfort in the bottle.  I never wanted to be like my mother, but I became an alcoholic too.  I buried my fears for years in the numbing relief of alcohol.  As is often the case in a family with addiction, I carried it on.  And in the end I realized, I am very like my mother. I hide my pain even now, though I have been sober for almost five years.

I am strong and would do anything for my kids, just like my mother.

I never wanted to be like my mother, but I am.

I am strong, loyal and sober.

I’ve written about my alcoholism here.

I’ve written about my Dad here.

4 thoughts on “I Never Wanted to be Like My Mother”