Skip to content
Press Enter / Return to begin your search.

I recently quit Facebook.  And then came back.  There’s a lot behind the decision. Let’s just say it’s complicated.

As we create a persona on Facebook, picking and choosing what we want people know about us, there is an air of the dramatic to it — don’t you think? This may be only a partly accurate reflection of who we are.  I am definitely not nearly as witty or intelligent as my FB persona.   I just communicate differently in writing than in person.  There’s a confidence (for me) online that isn’t there in many daily relationships.

I can say truthfully that I have made friends online whom I have never met face-to-face.  And I have serious and valuable conversations with people who are not in my day-to-day life.  And so often, things are said that a person might never have said to their face.

Is any of it real?  The short answer is of course it is.  I genuinely believe that it is every bit as real but it cannot ever replace the deep friendships that develop in face-to-face relationships.  The human touch, perhaps a hand gripping yours as you cry or even a smile cannot be felt in online connections.

In the end, I suppose I was tipping too far in one direction. Not spending enough time with flesh and blood friends. 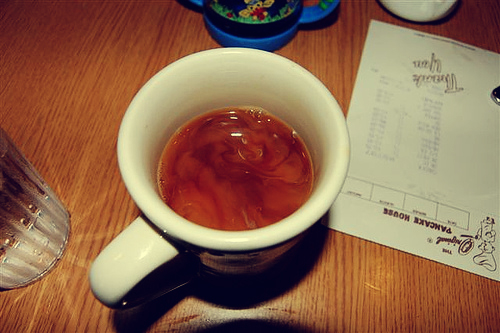 was that I found myself caught.  For me, the world is a cacophony of need, pain and sorrow in a way that clouds my ability to stay focused on the positive at times.  When I read the New York Times or blogs I am so often left bereft and I too easily forget the hope that I have been given.  And FB is a daily reminder of all the need in the world, at least for me — a reminder of how different we all are — A polarization between liberals and conservatives, rich and poor, hungry and fed, educated and uneducated, creative and not so creative, the homeless and those with homes, Christ-followers and atheists and Hindus and Buddhists.  Funny people and people with no funny bone, at all.

I could go on and on.

Any time one expresses themselves, it is an opportunity for people to “let it rip” in a most ungenerous way.  And even when the ‘conversations’ are civilized, I am left with a feeling that this dialogue doesn’t do anything except underline our differences.  I do not believe we will ever convince one another in a different direction over the internet or with the written word.  I just don’t believe it will happen.  Debate, discussion and healthy disagreements can only happen face-to-face.

And so, I decided I had to stop expressing my viewpoints on important matters on Facebook.  It’s unproductive and divisive.  But quitting wasn’t the answer either.

“A real spiritual life makes us so alert and aware of the world around us, that all that is and happens becomes a part of our contemplation and meditation and invites us to a free and fearless response.  It is this alertness in solitude that can change our life indeed.  It makes all the difference in the world how we look at and relate to our own history through which the world speaks to us.”    Reaching Out by Henri Nouwen.

And so, I think I will continue but I will try to not be such a serious person [on Facebook.]

I will only raise issue of importance to me on my blog where I can at least put some time and thought behind it.  And in an effort to be connected I will do more of that — connect.

I will be more intentional about knowing and loving others both online and off.  What about you?

I’m an over thinker and incessant seeker. I’m grateful for God’s grace. This is a quiet, contemplative blog. I write my poetry, essays and offer my photographs. I hope you will stay and read a while. All photography and words are mine, unless noted. Find me on Twitter, Facebook or Instagram. View all posts by Melody Harrison Hanson