I have reflected on the idea of prayer and I am reading (with a friend) the wonderful book  Prayer by Hans Urs von Balthasar.  This book is so rich that I’m left both breathless for more, even while being totally flabbergasted by his meaty thoughts.  I find myself studiously copying down paragraph after paragraph.  I will be writing on prayer soon, after I have more time to learn from friends on the topic and think.

I don’t get prayer – it isn’t easy for me to understand or practice. And the longer I am a person of faith the more crazy I feel in group prayer meetings.  I’d value any insights.

Also, I’m thinking about the tensions and paradox of the life of faithfulness to God pursuing this illusive life of a writer.

I scribbled this down earlier in the week in my moleskin.

If someone would tell ME

or tell THE WORLD that something

move them, and I

would choose for them to tell THE WORLD, then

I know that I write for the wrong reasons.

Other than that.  I will leave you to the rest of your Sunday – whether you practice Sabbath or not, I hope you will enjoy a moment, walking through the Botanical Gardens of Madison. 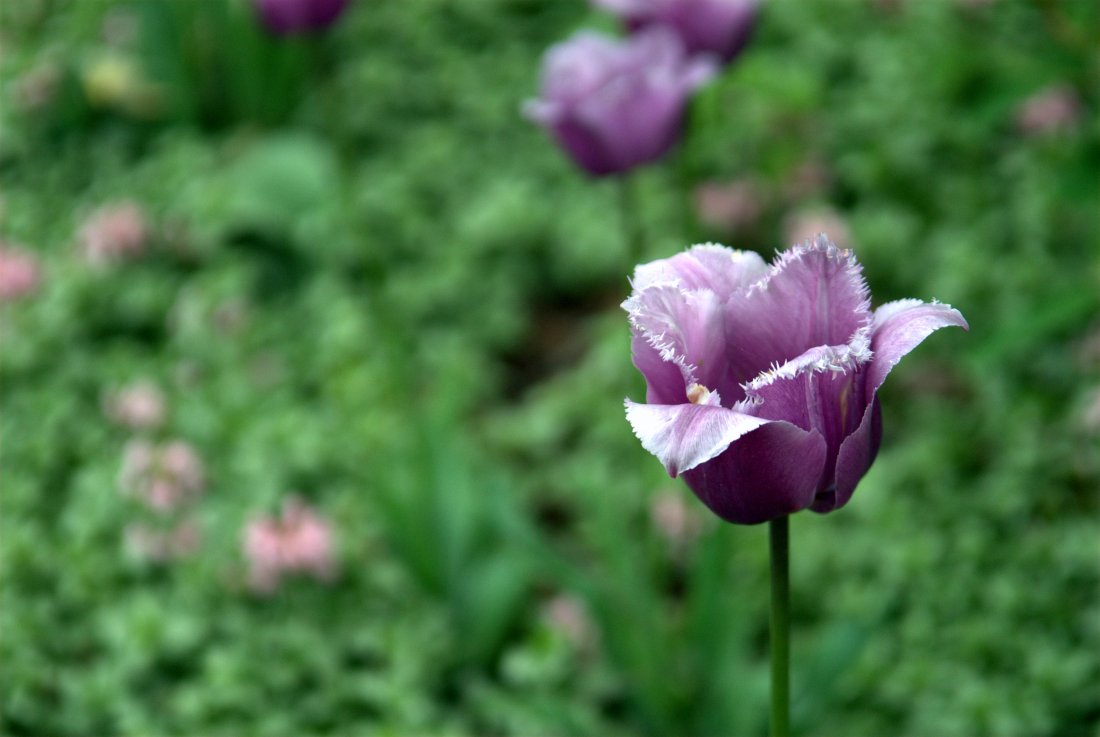 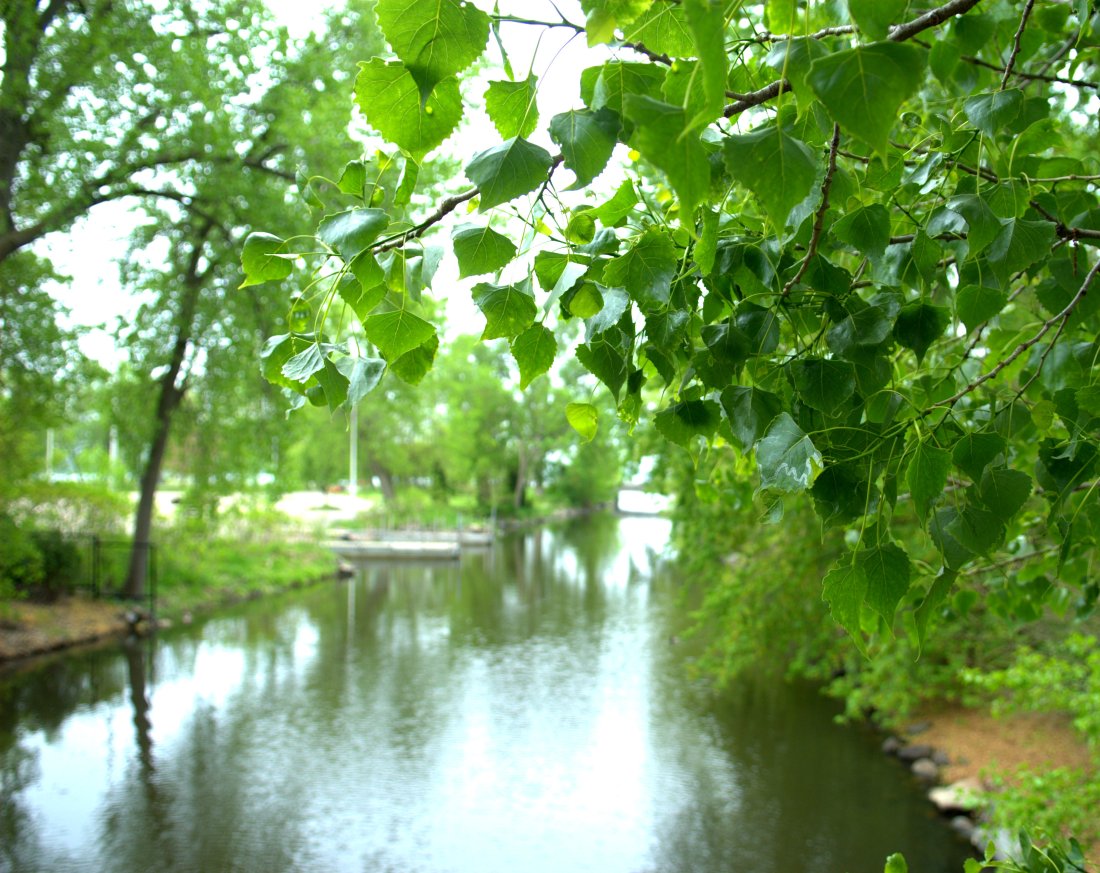 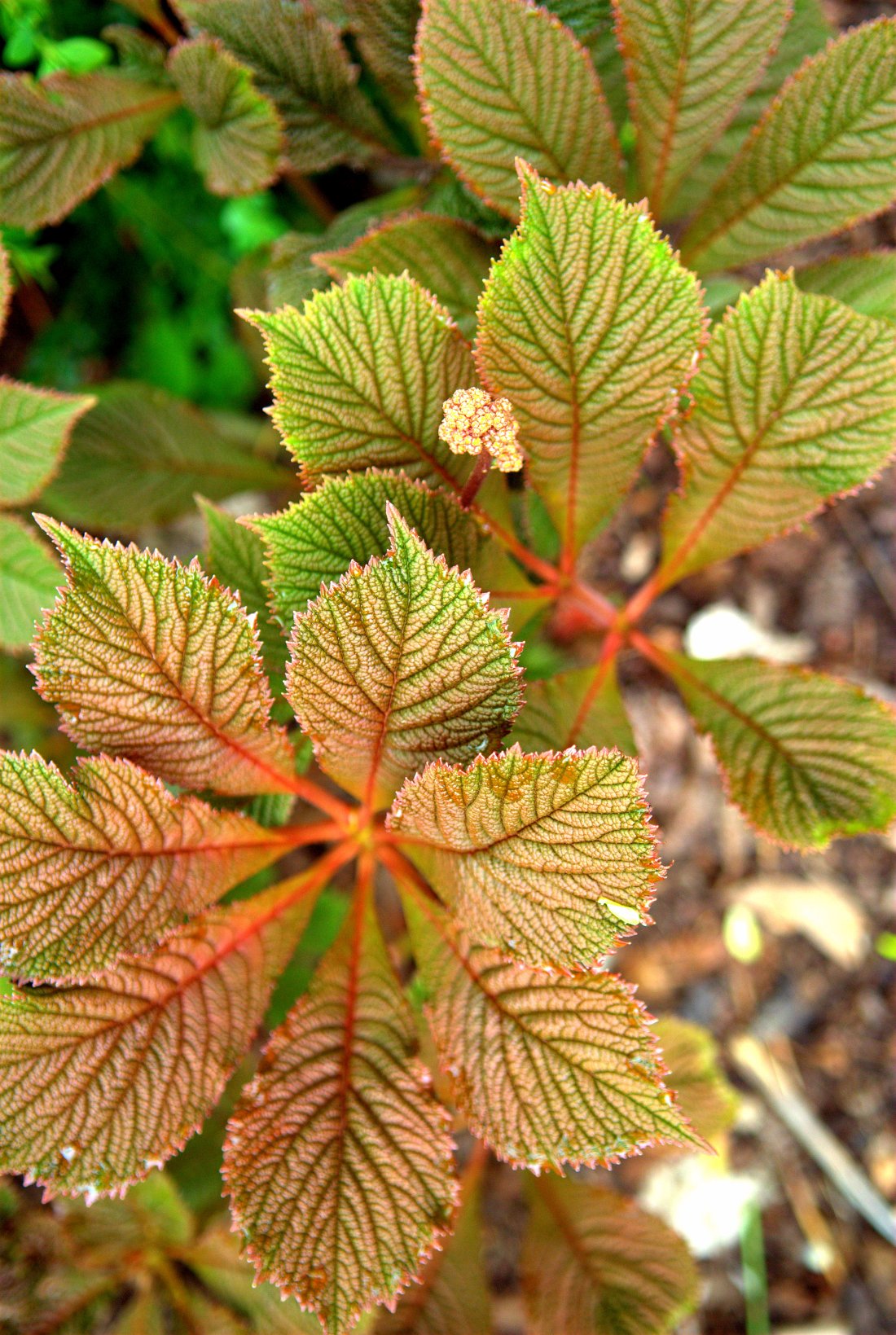 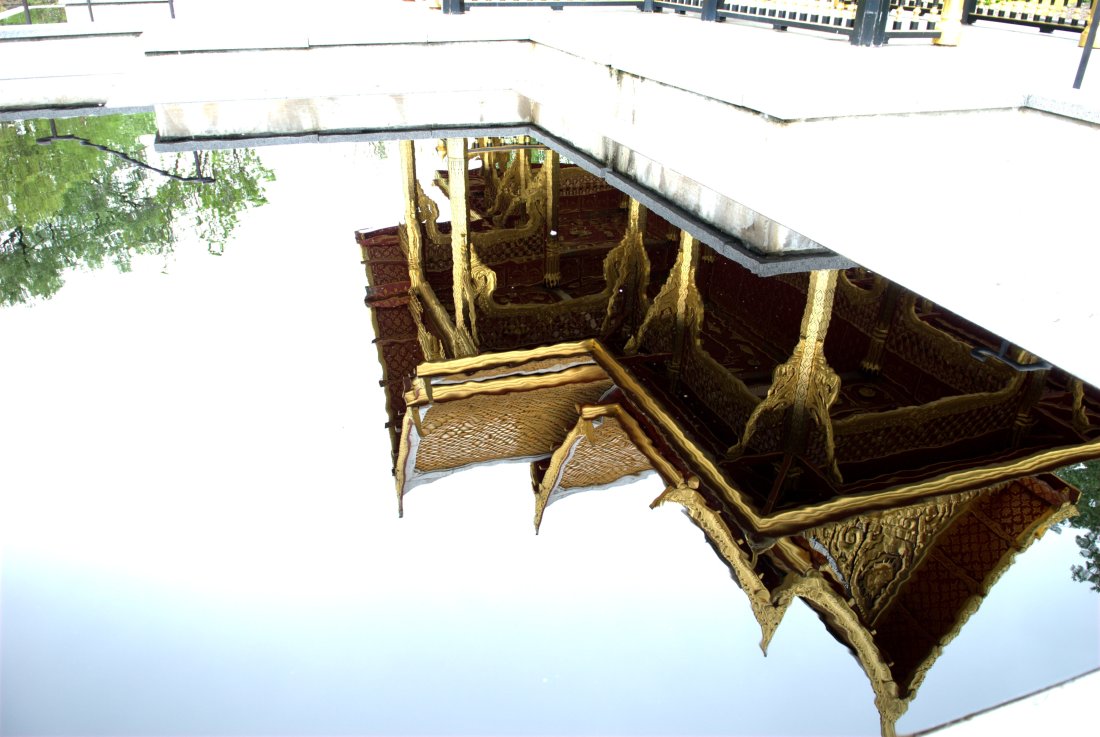 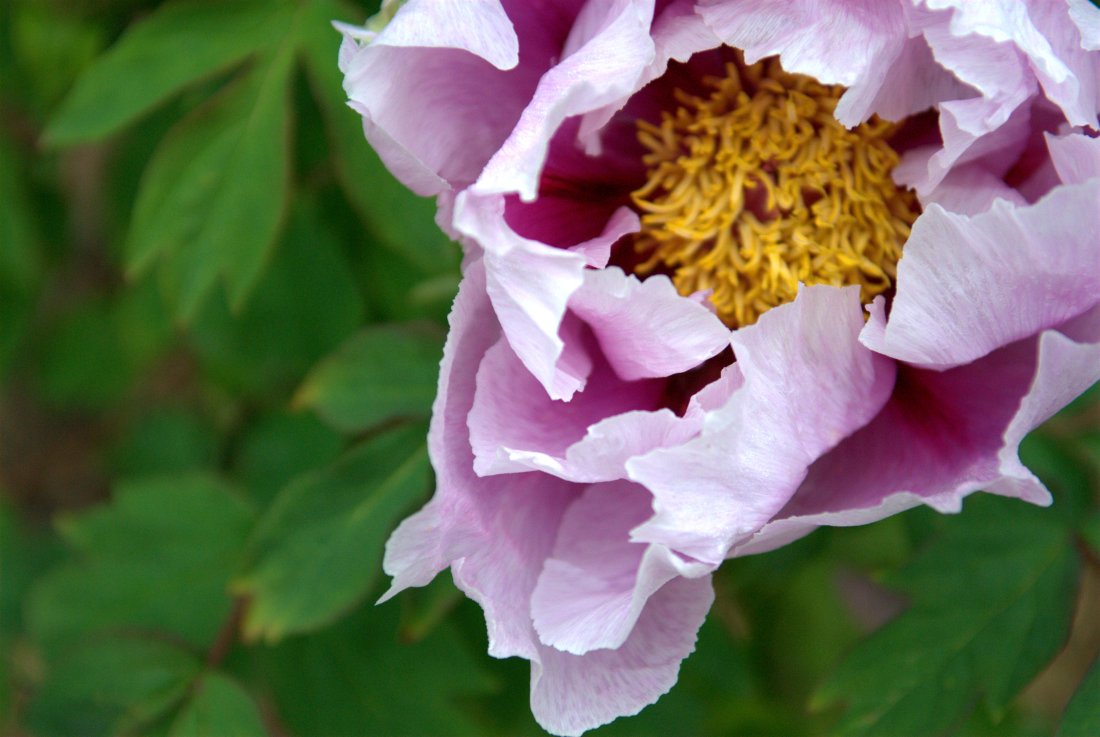 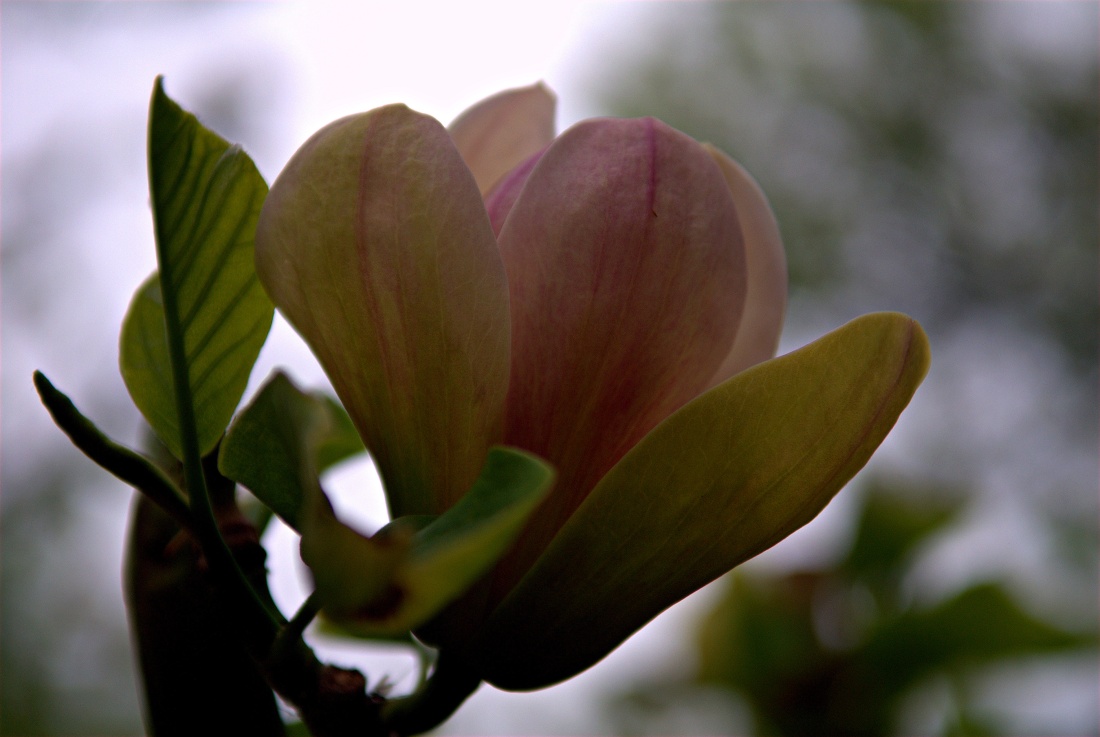 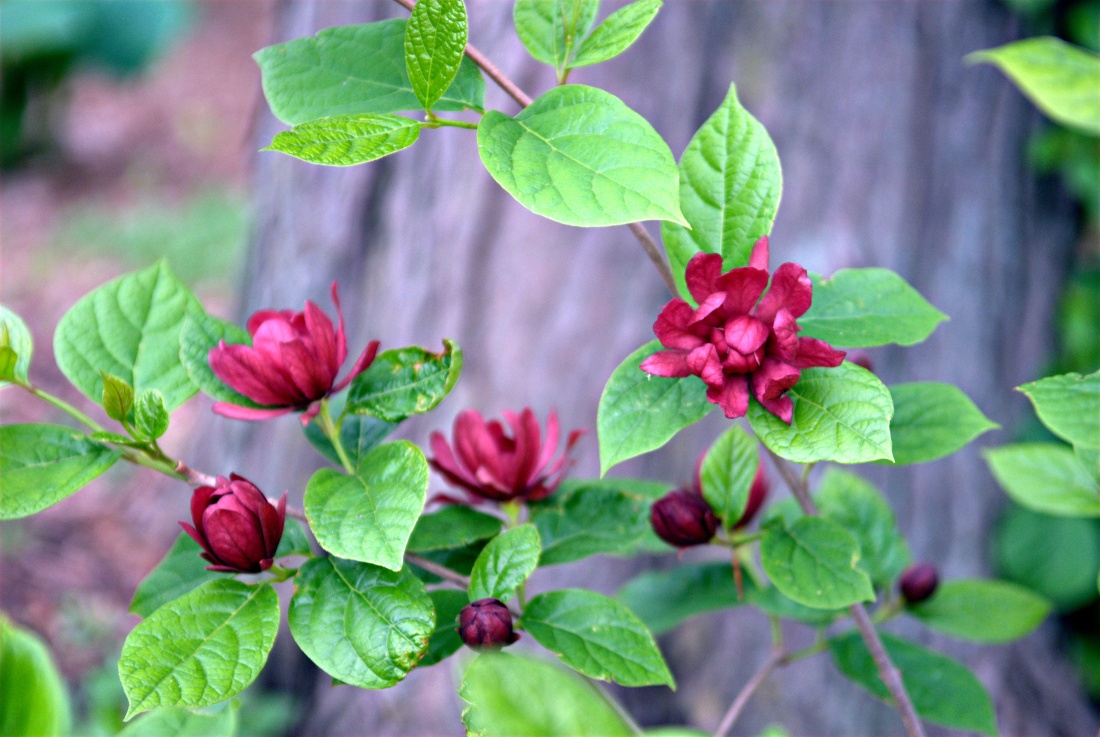 If you’d like to see my whole set of the walk through Madison’s Botanical Gardens, it is here. 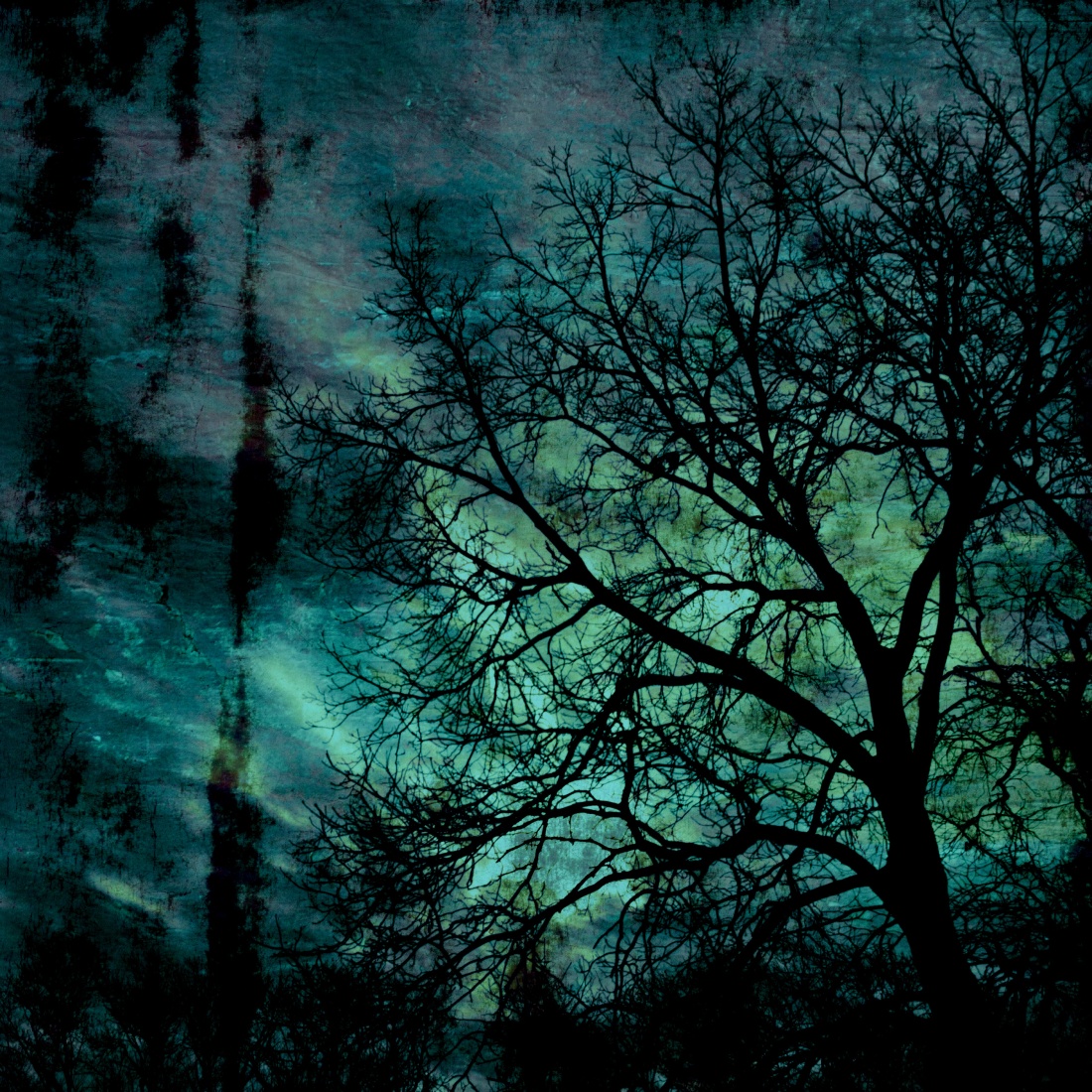 In a couple of week I will be a part of The Stations of the Cross exhibit in Madison Wisconsin.  It is a collaborative effort among 15 artists and musicians to create a week-long art exhibition as an experience of the 14 stations of the Passion of Christ in the final days of his human life.

This is something I wrote considering the Stations.

For the project seven visual artists have each taken two Stations of the Cross and have created something within their medium (paint, photography, glass mosaic, cloth, sculpture, etching).  Each was considering the suffering and resurrection of Jesus as they interpreted it visually.  Then musicians responded.  Each artist had the freedom to choose the “lens” or perspective through which they interpreted the journey of Christ.  Over a period of several months, they internalized and stewed on their stations to discern and recognize its gravity, complexity and significance.  Then they reacted in a concrete form.

It isn’t often as a visual artist, that I choose to  actively express a part of my faith through my photography.  This project was an exception to that. 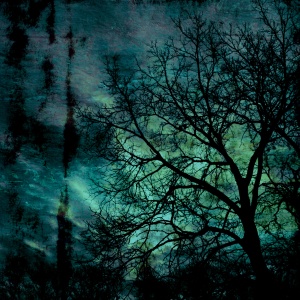 The Christian life is often described as a road walked with Jesus, ever cognizant of the suffering that surrounds us every day.  If we were able to walk with him through those days and hours, two thousand years ago, even the moments before his death, how might that change us?

Someone once said that much of the spiritual journey is being stripped of all that we tend to put our trust in. Life is found in losing it for Christ’s sake; life itself and that which God has prepared for each of us, if received fully, deeply, viscerally, into our dna, will teach us what it means to walk with Jesus today.

The object of the Stations historically is to help the faithful to make a spiritual pilgrimage of prayer, through meditating on the chief scenes of Christ’s sufferings and death.

We invite you to walk with us back to those days of Good Friday, Holy Saturday and Easter Sunday if you are local to Madison:

The Stations of the Cross exhibit will take place at the Common Wealth Gallery in the Madison Enterprise Center, 3rd floor, at 100 S. Baldwin St, Madison, WI (map).

The exhibit will be open during the following times.

The Bible says that there is no human pain or joy that Jesus has not taken on to himself when he lived and died two thousand years ago in Palestine.  From the Garden of Gethsemane to the Cross he died on.  Because of his sacrifice, we are able to see the world differently and experience the highs of love and joy, as well as the lows of suffering and sorrow.  This is in and through Jesus.

Walking these stations is an opportunity to pause, set aside the distractions of your life, in order to listen and remember Jesus of Nazareth.  What you suffer he suffered.  Experience the redemption and good news.

Walk with us.  Walk with him. 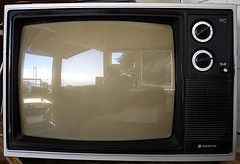 My father used to call our television the Boob Tube.  I don’t know where that name comes from, but I always thought he meant if we watched too much we’d turn into “boobs” ie.stupid.

Now that I think about it Boob Tube a horrible name in a house full of women.

He never really said outright that the TV was bad, but we were only allowed to watch four hours a week growing up—yes, that was four hours in a week. Of course we started life in Papua New Guinea with no television at all.  Since I grew up not really understanding what a television was, my first encounter which happened on furlough, was with a small box that showed us the show Sesame Street.

In the early 70s, before remotes, Dad made us one.

It connected to the television with a wire, so technically it was not a remote.  It was basically just a switch to turn off the sound during the commercials.  After all of that sincere effort he was really miffed when my little sister Holly could sing the tunes to the commercials even without sound!  We laughed along with my parents, but really didn’t like it when he turned off the commercials.

I never intended to own a television when I grew up.

Don’t you think it is just what you do?  In the years that Tom and I have been together our lives have been a progression of buying bigger and bigger televisions which then forces us to move rooms around, over and over again, in a desire to create a TV room and the other “peaceful room where we will read, or talk, or listen to music, or make music.”

We’ve called it the Reading Room and the Music Room, but eventually that room, the one without the television, has become a dusty shrine to our lofty ideals and to the illusion of our enlightenment.

We actually spend all of our waking hours in the TV room, other than those spent cooking and sleeping.

Because of this, many times I get pulled into television shows without any willful consideration of their merit.  My youngest likes to watch the show Wipeout (quite possibly the most inane television show I think I have ever seen and yet oddly compelling to my son.)  What comes right after it is a show called Expedition Impossible that immediately drew me in.  I’ve watched it now for three weeks, too lazy to pick up the remote and turn it off.  But this week on Thursday night I have to admit I found myself actually watching the clock for it to start and rushing through washing the dinner dishes, because I’m hooked!

I’m drawn to people being pushed beyond what they believe is their physical, mental and emotional ability.

In this show, a dozen teams of three must work together on mental and physical challenges, with the final team making a bunch of money.    The reason I mention this is that although I am drawn to these sort of things and I am the person who would embrace something like that, in everyday life I’m a wus, a scaredy-cat, afraid of my shadow; these days I feel like a weak and ineffectual person.

One of the teams on the show has a team member who is blind.  Yes, blind.  I watched him jump from cliff this week, forty feet down into a river.  He had to trust that his friend would find him, after he comes up.  It is no wonder they called the episode Leap of Faith.   I was blown away!

And beyond what that says about his bravery and trust, I was impressed just by the jump.  I’ve jumped off cliffs like that on a boat trip to Dale Hollow, in Kentucky, and it’s friggin scary.  Some of the men were jumping off these cliffs.  Now, I know intellectually that I am capable of doing anything I want; I just have to overcome the fear. The only reason I did the jump was that there were no other women jumping and I’d been egging on, for fun, this friend who was referring constantly to the “girls” at the office—challenging his calling grown women older than him, girls. And so “for women” I found myself at the edge of a cliff looking down.  I took a leap and jumped.  And then I did again, just to prove to myself that it wasn’t a fluke.  I did have the courage.  It was horrible and frightening and amazing!

If I am capable of doing that why am I so afraid today?

As I sat and thought about what it must take for Erik Weihenmayer, the man who is blind, to do this trek in Morocco, I am blown away by his courage and inner will and utterly ashamed by my apathy and fear of failure, and unwillingness to take risks.  And so I have been thinking all week about why I am so afraid.  And why is he so brave?  He could have let his disability keep him from many things (including this show!) and yet he hasn’t.  I ask you to consider this question:

If you knew you could not fail what would you do?

And, back to the original idea that the television is a bad influence on us, I would assert that it is the single worst “idol” in our culture that I wish I had the courage to give up.

Mama, I never thought being an adult child would be so hard.

Mama, I get nothing from you.  Nothing for weeks. Before that, nothing

for as long as I can remember.

You never reach out.  You never check in.

Should I just assume you’re fine. You don’t want or need anything from me?

And [I think] I could live with that

If you didn’t pretent

You are the Mother.

And why, I think ,can I not be the adult?

Why can’t I make the calls, do the diligent thing? Why,

because I am somehow a little girl

waiting and hoping, for mama to Come Home.

I have a lot of poems about my feelings about parents… You can read them by going here:  https://logicandimagination.wordpress.com/tag/my-poetry/